In the left corner is my beloved OSX. In the right corner is Ubuntu, the Open Source upstart. Let battle commence..

You might acuse me of being a design luvvie, but how a platform looks and feels is important to me. I stare at it for at least 8 hours a day. On initial install Ubuntu fares pretty badly. The fonts, especially when viewing a website are awful and make reading anything painful. The overall look and feel is acceptable and noticeably quicker than OSX, even running under Parallels.

There’s a number of tips to improve fonts on Ubuntu including enabling smooth font rendering and installing further fonts. After completing this the rendering is excellent especially with the additional tips for a laptop monitor.

As expected though it is not as slick as OSX and the fact that you have to spend a couple of hours customising the display and fonts, including fiddling with the command line means OSX wins this round. 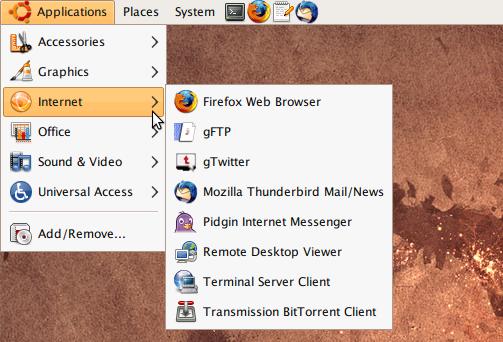 I edit code a lot. Textmate has been a real productivity help for me with the excellent support for snippets and integration with version control systems. In fact I’d go as far to say that I love Textmate. So when I was testing Ubuntu I basically wanted Textmate in Ubuntu. It turns out that by using a few of the supplied plugins with gedit you can have snippets, colour formatting, easy file browsing *and* Terminal.

This is a real win for me. I’m a heavy terminal user so the fact that it is right there in the editor is great. For me to award the points to gedit in this round is a biggie as I’m a massive Textmate fan, but Terminal integration swings it. 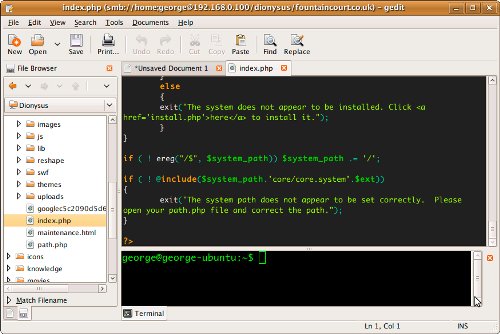 I’m almost at the stage of moving my email client to the browser but not quite. Mail.app is my choice on OSX and it has served me well. The default Mail client on Ubuntu is Evolution. After a quick play with Evolution I wasn’t immediately impressed so opted for Thunderbird. Before moving to OSX three years ago I was a heavy Thunderbird user.

Thunderbird works for me. The user interface is clean and IMAP setup for my Google Hosted email was straightforward. Given that we have already given the Look and Feel round to OSX, there is nothing functionality wise that Thunderbird loses on. So round three goes to Ubuntu. 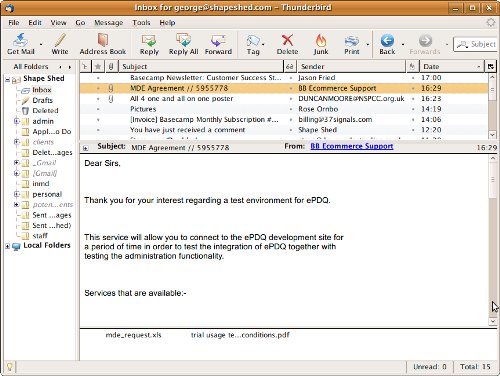 Perhaps it is a little unfair on Ubuntu but Apple have just released Safari 4 and from a UI and performance viewpoint it is great. With Ubuntu you get Firefox which is a good browser and I have no complaints about. Of course for development Firefox has a wealth of plugins so that is a quick jab back in Safari’s direction. Overall though just for the massively improved UI Safari wins.

This is the round where Ubuntu has to go and have a pep talk from the trainer in the corner. Rhythmbox can’t compare to iTunes, plain and simple. I also tried Songbird which looks promising but still doesn’t quite cut it. Rhythmbox has some nice features like Last.fm integration but there’s a way to go yet. 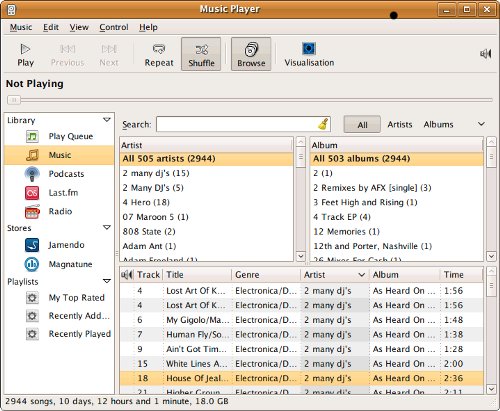 Clearly the talk with the trainer didn’t do Ubuntu any good. Unless you want to install Adobe AIR (no thanks) you are a bit stuffed. gTwitter is your pretty much your only option. Coming from Twitterific on OSX the experience is not the same. Perhaps Twitter isn’t the most important part of your working day, but I’m an avid user and use it heavily to keep up to date with friends and happenings. So another clear win for OSX. 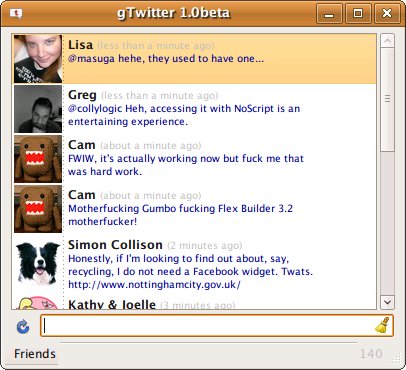 Although I’m not a heavy user of Office applications clients do send through contracts and content in a variety of formats. I’ve toyed with Google Documents and use that for some of my work-flow but mostly I’m using Apple’s iWork suite at the moment. Basically I think iWork is poor. Pages is clunky and Numbers doesn’t impress me. Keynote is probably the best of the applications in the suite. Ubuntu ships with Open Office with which I have had a terrible experience with in the past. On initial tests though it has improved a great deal. Open Office is much snappier than iWork and mainly because iWork is so poor Ubuntu wins.

Even though I often use the command line to move files around I still use a GUI FTP client heavily. On OSX I have the excellent Transmit. On Ubuntu there are a few options but I tried gFTP. Functionally it is fast, very fast. It wins hands down on that front. In terms of the UI though it is clunky and a long way from Transmit. 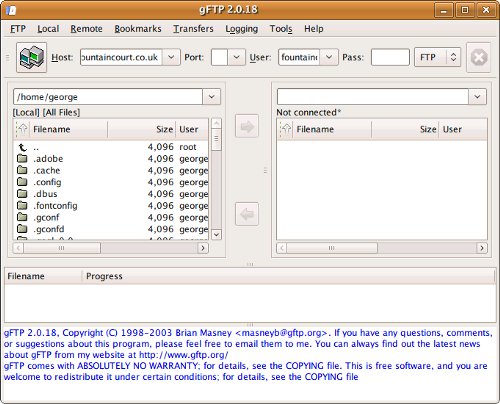 Setting up different workspaces that you can quickly switch between is a great productivity boost. Apple introduced Spaces in OSX Leopard. I’ve really want to use Spaces and I’ve tried on several different occassions but the switching between desktops is clunky and my experience is that several apps don’t play nice with it. Basically it has never worked smoothly for me.

Ubuntu has the ability to switch spaces in the bottom right hand corner of the screen. You can right click and customise it pretty much how you like and have up to 32 spaces. In my limited use it is intuitive and works without problems. A win for Ubuntu. 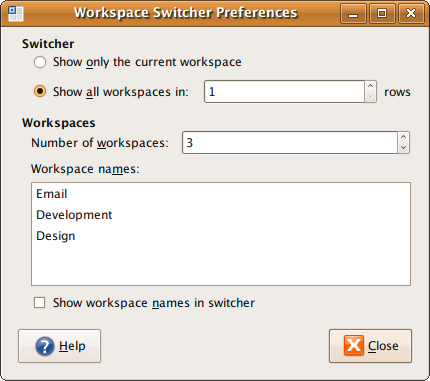 And the winner is..

… OSX. Granted my assessment criteria is very bespoke to me. For my daily development work my assessment is that Ubuntu would serve me well and I don’t think it is that far behind. Note I didn’t mention design apps here - Adobe has the market sewn up (that’s another story) so I need OSX for this.

I’m not going to be dumping OSX just yet but I’ve been really impressed with the amount that you can customise Ubuntu. If you are comfortable searching for solutions to your problems then you can pretty much do or get anything with Ubuntu (that’s the power of Linux). If you like things to ‘just work’ then you are probably better off sticking with OSX for now.