Lack of women, tax avoidance, inflated salaries and an increasing disconnect with mainstream society. It is like Gordan Gecko but in a hoodie. 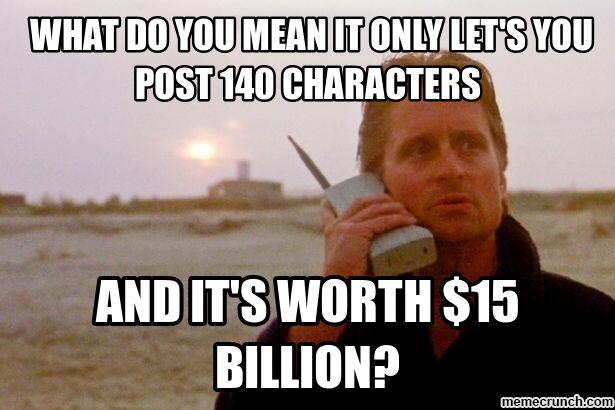 The tech industry has a major problem. Despite many of computing’s pioneers being female women are leaving the industry or not joining it at all. There are many theories about why this is from education to genetics to ‘brogramming’ environments where developers behave like they are in a Fraternity Club. There are numerous tales of sexism and intimidation in the industry but little seems to be changing. In fact I would argue it is getting worse.

Governments call for more girls to take STEM subjects at school but with no role models in Industry the outlook seems bleak.

Tech salaries are now totally divorced from mainstream society. Engineers can earn $250,000 a year with stock options to boot. The effect on communities where engineers live is to inflate prices to a point where other residents are forced out. Some might argue that this is just economics at play but the San Francisco Planning Department Housing Balance Report makes grim reading.

Already there is unrest over what tech is doing to local communities and housing pricing. With tech set to automate more jobs tensions look set to rise.

In Europe all of the mainstream technology companies are avoiding tax.

How are they doing this? They are using a technique known as the Double Irish and Dutch Sandwich. It is a legal technique but morally dubious.

Some examples just from the UK:

Tech’s Society is No Society

Taking the example of Amazon consider the business of selling books from a flow of cash perspective. Amazon have delivered an excellent product for ordering hard copy books and for all but niche booksellers the writing is on the wall.

Membership data from 2014 for the Booksellers Association confirms the trend.

Buyer behaviour is clearly moving online to big platforms that can offer reduced costs. Instead of cash flowing through retailers domiciled in the UK cash now flows through the Amazon platform. This is an example of the Winner Takes All Economy where a single player owns 50% and often far more of the market. What is problematic for this new style of economy is that cash is now flowing to a company that pays almost no tax in the UK.

The net effect of buying books through Amazon is that it generates almost no value for the country of purchase. HMRC (the UK Tax Authority) receives almost no tax and local businesses are put out of business. If this becomes the norm across other industries (and one player dominating will) we quickly have an economy that cannot fund any sense of society.

If the Winner Takes All Economy delivers little value for anyone (and it might eventually deliver value for Amazon shareholders) how can we hope to fund hospitals, schools, roads and institutions?

The VC & Startup merry-go-round has made a few people very rich where unicorns are the exit strategy. Investors are prepared to take a calculated risk that one in ten of their startups will succeed. Even so the economics of the industry seems to be quite happy to disregard traditional rules of business. Let us take the example of one of the industry’s poster childs Twitter.

According to Crunchbase Twitter has taken $1.8bn of funding in 8 rounds of investment before going public on Nov 7, 2013. Future economists may well look at Twitter as the biggest example of The Emperors New Clothes in a developed economy. At time of writing the current market cap is $12.42bn. Twitter continues to make a loss and with a declining user based share price charts would seem to suggest that even the get rich quick gang are understanding the fundamentals of economics. Would any other industry have treated Twitter the same way?

Twitter looks like a startup in need of a rapid pivot to realise any kind of business model rather than a well funded business about to reach maturity. In this environment getting rich quick skews an unbiased analysis of value and we are all wearing the The Emperors New Clothes.

The relationship between Technology companies and society will face more pressure as we enter the Second Machine Age or the Fourth Industrial Revolution. With thousands of jobs set to be automated by technology the pressure on Tech PR departments will become heavier and heavier.

The current class of Technology leaders seem uninterested in engaging with mainstream society over the changes that are happening even now. Consider Travis Kalanick, CEO of Uber.

My politics are: I’m a trustbuster. Very focused. And yeah, I’m pro-efficiency. I want the most economic activity at the lowest price possible. It’s good for everybody, it’s not red or blue.

So pretty much accept the change I’m bringing or there is the door.

The UK head of Google Matt Brittin did not know his salary earlier this year when asked by a Parliamentary committee. It is not hard to see how Technology Executives are increasingly being seen as out of step with society.

Leadership is not just about delivering shareholder value and until leaders start to acknowledge that huge societal change is coming and that there is a perceived disconnect with mainstream society we have a problem.

Silicon Valley is creating an industry devoid of women, that accepts tax avoidance and fails to engage with mainstream society. With the immense change on the horizon we urgently need leaders that can engage with society and that have some EQ capability. If they do not emerge Tech will get the same brand that Investment Banking had in the 80s and protests will become commonplace.

Simply paying taxes would be a good starting point.