First published in 1931 Eric Gill's short book is as much an essay on culture as it is Typography. A brilliant book this still influences modern design with interesting relevance to the web.

Gill begins his books with a chapter entitled “Time and Place”. This chapter is more about culture in general than typography. The chapter compares Industrialism to traditional crafts, noting the two are completely different and that one is largely bereft of humanity whilst the other embodies it. The chapter largely deals with the idea that design must now work for machines to mass reproduce rather than just one artisan producing unique works. Gill’s concern is that humanity is lost in this exercise. This chapter can be applied to the web in many ways - making a website human and usable by humans is still a major challenge that faces designers today. Technology does not solve everything - humanity is just as important. 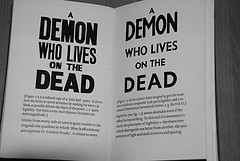 Gill goes on to talk about how Typography has progressed through time, moving from hand driven typography to mass printing presses. Each is examined for the impact on the craft with very interesting insight. Underlying the text he seems to lament the passing of the age of the craftsman.

For anyone working in a creative industry this is a fascinating read. More and more tools are available for designers and developers. It is easier than ever to produce creative work, quickly and easily. But as Gill suggests if you leave creation solely to technology you lose the humanity that is so crucial to creation. 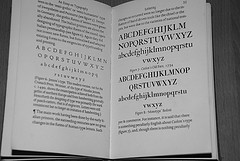 What then would Gill think of the internet? I am sure he would be excited by the posibilities it would offer him. At the same time I think he would be concerned by the immediacy of creation and the lack of craftsmanship. I think he would be heartened by the small community who relish the opportunity to to work their craft on the web and the ability for them to share their knowledge with everyone across the globe. He would be frustrated by the constraints that machines place on his typographic skill. And Gill would have a blog - it would be great.