All magic comes with a price

I’ve been watching Once Upon A Time. It is a new take on traditional Fairy Tales where characters are stuck between The Enchanted Forest (Fantasy) and Storybrook (Reality) and all kinds of temporal mayhem. I pay attention when Robert Carlyle is on the screen. He brilliantly plays Rumpelstiltskin, a character that loves making deals and issuing a sage catchphrase.

All magic comes with a price

– Rumpelstiltkin, Once Upon A Time 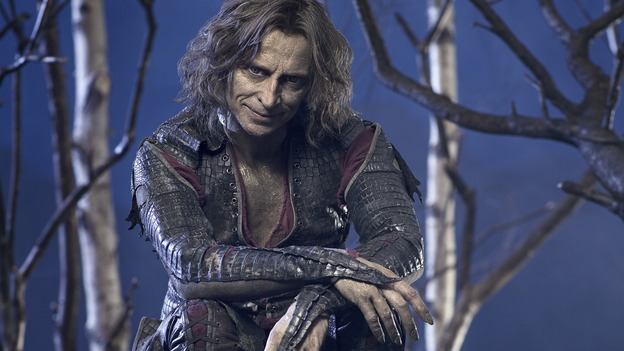 Now I think of his scary face whenever I use Rails or Node.js frameworks in my apps. Think of this post as therapy.

I am one of the Rails generation. I started developing HTML and CSS, got into JavaScript, then PHP, then Rails. Rails allowed me to create complex applications with very few skills in a language that made sense to my tiny brain. It was amazing! I was really happy that people who were much smarter than me were giving me a curated toolkit to allow me to make a living creating web applications. I created a couple of applications with Rails 1 but the bulk of my work has been in Rails 2 and Rails 3.

The more experienced I have became as a developer this approach troubles me. What Rails gives developers is amazing but it promotes a culture of magpie development, namely grabbing the latest shiny gem and using it in your app. A developer’s profession becomes knowing what the latest, greatest gems are and how to glue them togther using Rails.

Behind all of the generators and magic there is a big problem though. The vast majority of developers using Rails have no idea what is going on. Because of the quality of Rails and gems writing software can become just a matter of listening to a few podcasts to stay on top of gem releases and filing tickets on open source projects or Stack Overflow when your code doesn’t work.

Too much abstraction leads to obscurity

At RailsConf 2011 Aaron Patterson gave a talk called “Double Dream Hands: So Intense”. Aaron is smart and amongst the hilarity he noted that Rails 3 is slower and more abstracted than ever. If you watch his talk from about 32 minutes he shows the current Middleware stack in Rails. Here is the slide: 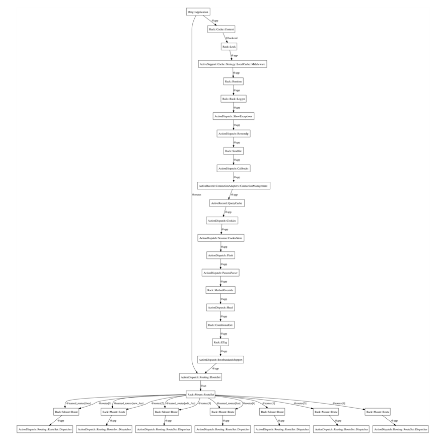 I salute him for going through that and understanding how it works.

He was making a serious point. The more we ask a framework to do the more complex it becomes to maintain and understand. At RailsConf 2011 Rails was bigger, more complex and slower.

Given that most of the Rails community use Macs and broadly embrace UNIX conventions it seems strange that the Rails framework got to this point. The UNIX philosophy is do one thing and do it well. Rails’ philoshopy was do everything, make curated decisions and do it well. Judging by the number of successful start-ups created with Rails it still does a pretty good job of that.

Recently though the Rails core team have started to respond to criticisms that there is too much in the core and decisions have begun to curate what goes in more strongly. This was the case when support for API apps was reverted and moved to a plugin. For Ruby itself there have been suggestions that the entire standard library itself should be moved out to gems (this is aleady the case with minitest and json). Understanding the Rails codebase though remains very difficult, especially for newcomers and developers are encouraged to trust in the magic and abstractions.

I’m not a fan of comparing the Node.js and Rails communities. They are designed for different things and both have inherent strengths and weaknesses. I use both. Node.js is a network programming toolkit, Rails is an MVC framework. So let’s be clear - they are not the same.

All developers like abstraction and there are many excellent modules available for developers to use in Node.js much the same way as gems in Rails. A good example of relevant abstraction for me is the Request module. It is an excellent, mature module for providing a cleaner API for dealing with HTTP in Node.js. By using it though you potentially never need to understand Node’s HTTP module and for developers programming on the web that is pretty fundamental. Magic at a price even with relevant abstraction.

There are increasing pressures within the Node.js community to abstract more, provide generators and make it easier for developers to use. My attraction to Node.js (as much as what it offers) is that when a request comes in and a response goes out I can understand what it happening. We should work hard to keep this the case in the community. Keeping things small, understandable and distinct is my biggest hope for what the Node.js community will create. Then I might just be able to get Robert Carlyle’s face and his stupid catchphrase out of my head.